Skip to content
The way I see it, The Dark Knight Rises or TDKR as people around call it (it took me a week to know what TDKR meant) is certainly not meant for people who believe, life is much more realistic than what they see through your movies. Its harder, especially when this comes at the back of two other non nonsensical movies – one in which people are getting into extra terrestrial space to find out the roots of their existence and the second, in which a boy who should be ideally thinking of passing out of college tries to level all evilness in his city by flying all over like a zombie – a third one with an imaginary superhero trying to save an imaginary city from an imaginary terrorist would be too hard to digest. 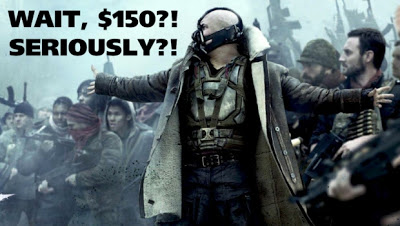 But then, what makes it impossibly astounding to believe, is how so many people got hooked onto the comic book character, which I believe has to be the inspiration behind Batman, the movie. Because when we grew up/ were growing up, life had much more to ask from us than all the funny comic characters that were being dished out on television. Maybe they all are aware of your ability to make contorted reality into believable stuff. Or maybe, they all are twisted enough to believe your stories to be indeed sensible. Anyhow, my reservations against this should not matter to you since there are a lot of imaginary human beings with some deal of imaginary commonsense paying what seems to be insanely huge money to see your movies and then get orgasmic about it. So you are good, anyway. OK, thanks. Bye.
Yours Sincerely,
The Balding Buddha

View all posts by Nikhil Menon